The Terrible Logic Behind The Government’s Case Against Aaron Swartz

Aaron Swartz poses in a Borderland Books in San Francisco on February 4, 2008.

The U.S. Attorneys’ Office offered a simple rationale when it announced the federal indictment of internet activist Aaron Swartz, charging him with crimes punishable by 35 years in prison: “Stealing is stealing whether you use a computer command or a crowbar, and whether you take documents, data or dollars. It is equally harmful to the victim whether you sell what you have stolen or give it away."

In Aaron Swartz's case, and as our world goes increasingly digital, this legal aphorism, that “stealing is stealing," is tragically wrong.

Stealing is easy to understand in the analog world. I take a book out of the bookstore without paying for it. The store no longer has the book — I have it. The bookstore can't sell it now. If I destroy the book, it ceases to exist. If I change my mind, I can set the book right back on the shelf.

None of this is the case with digital files, which are infinitely reproducible. If I download an .m4a of Justin Timberlake's new single “Suit & Tie," I have not deprived anyone of the file. Whether I delete the file from my desktop or not doesn't matter. If I download it and regret it, JT does not want me to email him the file back. As data storage becomes cheaper and data transfer becomes faster, these differences between stealing in analog and stealing in digital will become more severe.

The current, widely held concept of digital stealing is that it's a form copyright infringement. You might have heard of the Tenenbaum case, where a college kid who downloaded 30 songs from file-sharing sites was held liable for $675,000 in copyright damages instead of $30, the cost of those songs on iTunes. Steal 30 songs by taking a CD out of a Best Buy, you've done $30 of criminal damage. Download 30 songs, and you're a copyright infringer. At this rate, the iPhone in your pocket is carrying $100 million in stolen goods.

This copyright model makes no sense.

Neither the analog nor the copyright models of stealing help us understand the Swartz case. The federal government accused Swartz of using the MIT network to download more than 4 million articles from the JSTOR archive of academic journals. What did Swartz allegedly steal? Swartz did not “steal" the data — JSTOR still has its data. Each article remains nestled peacefully on JSTOR's servers. Did Swartz infringe on copyrights? Many of the articles are in the public domain, so many that the prosecution did not even charge him with copyright infringement. And to intend to infringe a copyright is not a crime. (It's Pre-Crime.) But this does not mean that Swartz is accused of taking nothing from JSTOR.

What Swartz allegedly took from JSTOR was control. Control over the distribution of infinitely reproducible files. Control that was painstakingly negotiated and established by complex licensing agreements with publishers and universities. Control that was worth lots of money. (Some of that value is surely justified. It costs money to transform old paper into digital files. It costs money to host the files, to make them searchable, and to keep the servers on. And while JSTOR is a non-profit, some of the publishers surely seek a profit. Whether JSTOR's individual article pricing and institutional subscription rates return a fair — or exorbitant — profit to the publishers, I'll let others decide.) But JSTOR's services depend upon it keeping control over the distribution of its files.

Every time a student downloads a JSTOR article, JSTOR accepts the risk that the student would forward the file to a friend, or print a classmate a copy. Swartz allegedly took that risk to the extinction level before JSTOR settled its dispute with him.

But we understand nothing if we shrug our shoulders and say “stealing is stealing." Downloading documents that remain on JSTOR's servers and that are legally in the public domain is not the same as using a crowbar to make off with the family jewels.

The prosecutor, U.S. Attorney Carmen Ortiz, did not even charge Swartz with theft. Instead, the most serious charges were violations of the federal computer fraud and wire fraud statutes. These statutes do not reflect the nature of Swartz's alleged conduct. The computer fraud statute is based largely on the language of the wire fraud statute, which was originally written in 1952. The wire fraud statute, in turn, is basically a carbon copy of the mail fraud statute written in 1948. These statutes do not help us understand what “property" Swartz is alleged to have taken when JSTOR's data is intact or what “scheme to defraud" Swartz is alleged to have conducted when MIT's network is famously, purposefully open. These are laws written for the age of telegrams. They have many uses, but they do not give prosecutors and courts the directions they need to do justice in an increasingly digital age.

What's to be done? In the short term, there is the work of lawyers and legislators, of courts and lobbies. Prosecutors are given considerable discretion to prosecute or not as they see fit. In a slightly different world, the U.S. Attorneys' Office could have dropped or eased the charges against Swartz, who was a gifted young man of exceptional promise, and who settled his disputes with JSTOR and MIT, which opted not to press charges against him. Or perhaps, if Swartz endured, he would have won an important victory in court. Now, others will pick up Swartz's banner, and push for changes in the law and innovations in the distribution of academic research.

In the longer term, we are going to need a new theory of information. A theory that better identifies and balances the competing rights to property and to democracy in a world in which more goods and services are digital. Technology has set information free, knowledge is power, and sooner than you think, the Library of Congress will fit in your Dropbox. Do we want to trap human knowledge behind byzantine barriers negotiated by major institutions? Aaron Swartz said no. The laws on the books don't even grasp the question. What would you say?

An advocate for the Digital Age, Michael Phillips is an associate at a Wall Street litigation boutique (though he is not your attorney and this piece does not constitute legal advice for you!). He has been called a “thick-haired man" by the New York Times. 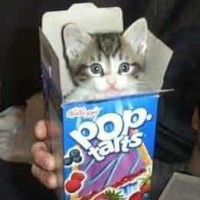 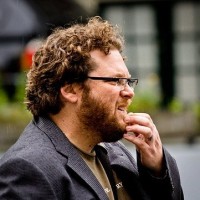 The Meat & Potatoes of Life

I am not nice, but I am honest and that is more important.

lindsay leigh bentley
Half Way Down the Bunny Trail

A beginners guide to the midlife crisis...

The Cutting Board Diaries

a life of modern inconvenience

Lead us from the Unreal to the Real

"Though my soul may set in darkness, it will rise in perfect light. I have loved the stars too fondly to be fearful of the night". - Anonymous

“To be yourself in a world that is constantly trying to make you something else is the greatest accomplishment.” Ralph Waldo Emerson

Exploring the Colorful World of Autism

Mostly language, but not always

This is why I hate intellectuals

Fragments of a Curious Mind

4 out of 5 dentists recommend this WordPress.com site

I have issues. So do you.

Musings of an Aspie

one woman's thoughts about life on the spectrum

The Task at Hand

A Writer's On-Going Search for Just the Right Words

Patrick Ross on Creativity, Writing, and an Art-Committed Life

more stars than in the heavens

not in our stars, but in ourselves

Becky says things about things and other things

For The Someday Book

The most important words of the day

Philosopher Mouse of the Hedge